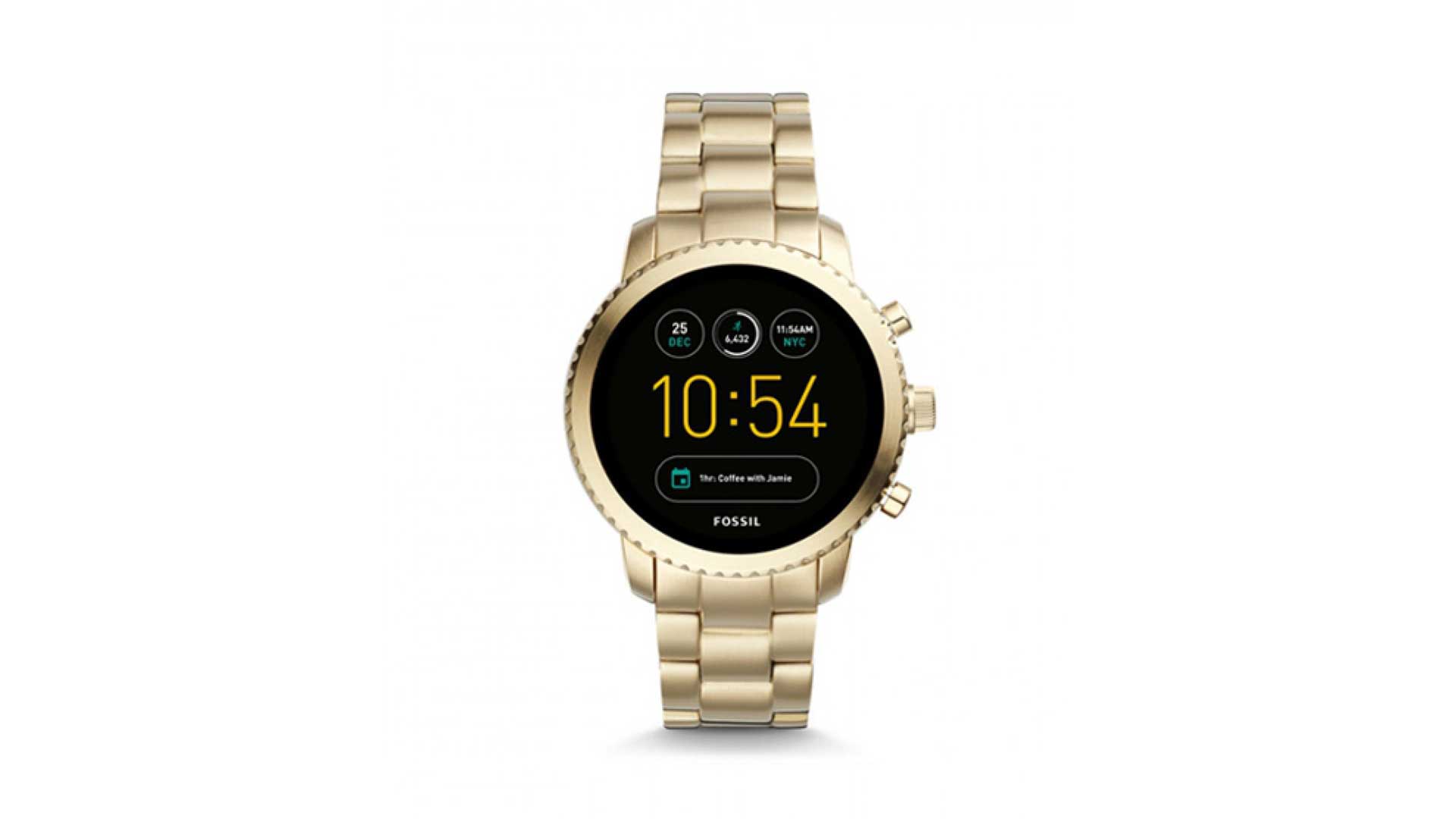 The Fossil Q Explorist is in the running for the most advanced, utilitarian smartwatch from the company so far. With a full circle screen, it is accompanied with customizable software buttons and Android Wear 2.0 straight out of the box.

The Explorist is priced well for a smartwatch with more flare than competitors. Launching in the autumn, we’ll have to wait and see if it brings anything innovative in terms of software, but this could be one of the better options for 2017.

How is the Design

“Explorist” captures the natural habitat concept whether in the office environment or outdoors. It has a tough looking exterior and features edgy design elements.

The wristband is made up of brushed steel leading to the middle where the brains of the Explorist transition to glossy stainless steel.

The case measures 44mm and up to 12.6mm in thickness, making it Fossils thinnest smartwatch targeted at the male demographic. The screen perimeter is machined with a premium knurl texture that makes it pop out, though it cannot be rotated, like other competitors such as the Samsung G3.

The screen is more impressive than previous renditions from Fossil. They have finally chosen a full circle design to replace the flat tire style that plagued previous Fossil watches.

The Q Explorist comes in a variety of different styles to chose from.

Inside the Explorist, Fossil has included this year’s most powerful spec combo for a wearable, the Snapdragon Wear 2100 paired with 4GB of internal storage. The internals of this device will no doubt be able to handle anything you can throw at it.

Since the Explorist runs Android Wear 2.0 out of the box, it will feature Google’s latest version of the wearable operating system. Along with it’s competitors, this Fossil watch will be able to run apps natively, without the need to have your smartphone nearby. For smartphone compatibility, Android Wear 2.0 is as always able to be used with both iOS and Android.

The Fossil Q Explorist has a claimed 24-hour battery life, competent specs, and a vivacious full screen design. This is one of the most anticipated relases for the current season.

Ebrilla fashion is inspired by modern leisure, emphasizing the quality and luxury of every product.